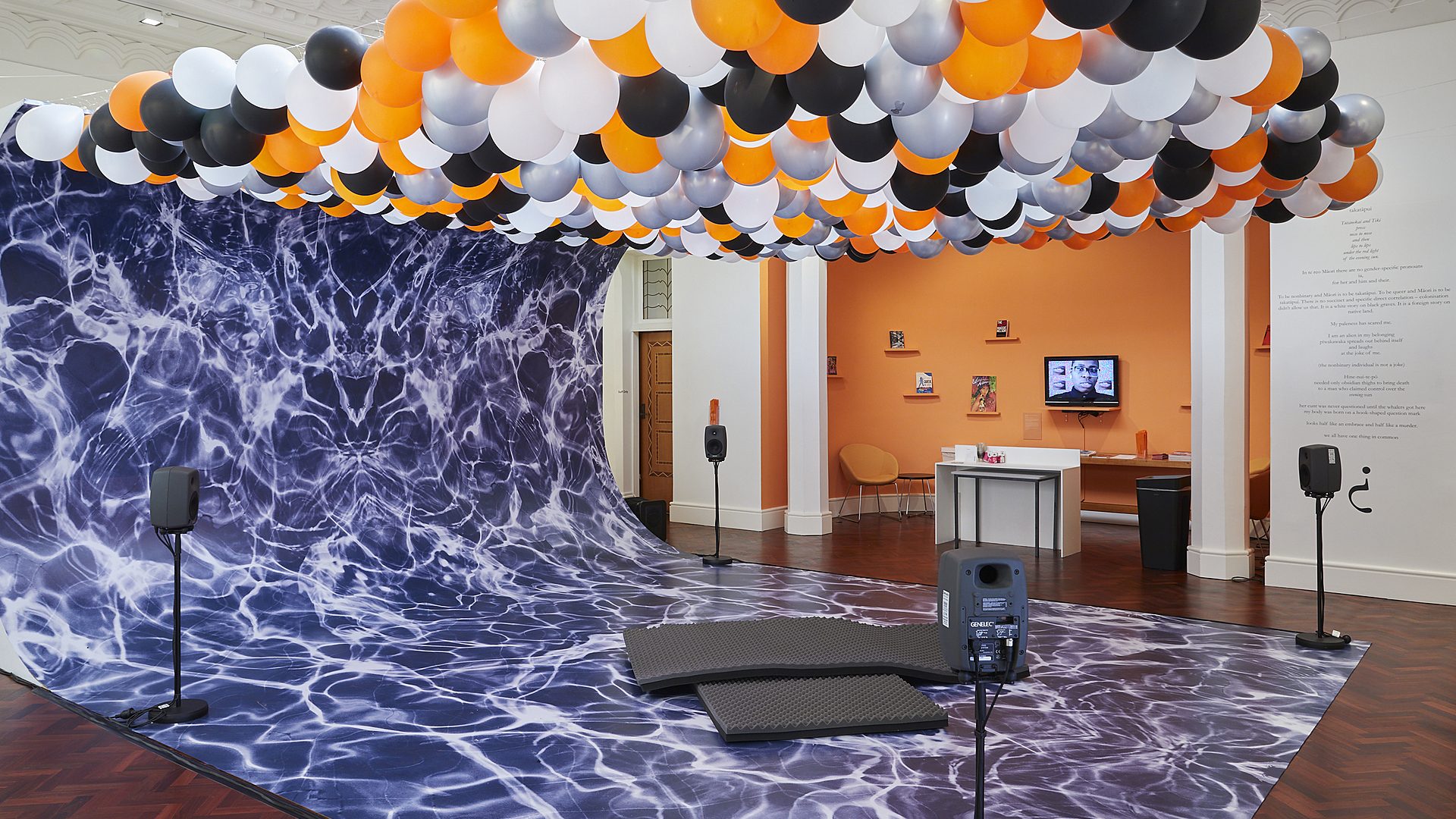 I recline on pieces of a knobbly kind of foam I think is used to soften ambient noise in recording studios. Beneath me is an expanse of printed water, doubled like a Rorschach blot. It flies up at my feet, begins to curl, and dissolves into a sheet of balloons, evocative of both sea spume and an end-of-night balloon drop in a club. A few of the globes are puckering. It’s May, and the party has been going since the end of February, a long time for even the most high-spec of balloons. I’m enveloped, physically and aurally. A polyphony issues from speakers arrayed around the perimeter of the installation: the gurgle of water; the chirrup of birds; a call to prayer; plunking dance and dreamy new age music; chants and monologues and recitations by the artist; words of affirmation and instruction; sounds of breathing.

The work, Ritual Without Belief (2018), is by Evan Ifekoya (born Nigeria, based United Kingdom). It is, in several senses, central to the group exhibition Queer Algorithms at the University of Auckland’s Gus Fisher Gallery. The installation literally occupies the gallery’s heart, its grand foyer. It also relates to the show title. Ifekoya has likened the process of sifting and organising their mass of sonic material to an algorithm, which term has been adapted by curator Lisa Beauchamp. In the wondrously wonky exhibition leaflet, designed by Gabi Lardies, Beauchamp notes that the artists included “are reconfiguring new algorithms for change against continued systems of exclusion”. She further makes reference to Ifekoya’s work in describing the show as a place of abundance. …

Continue reading on The Pantograph Punch. 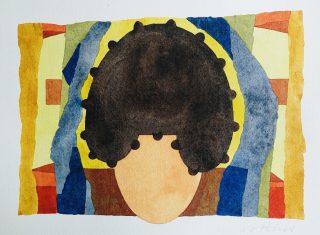 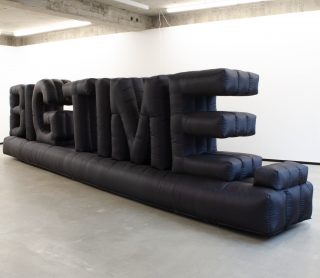 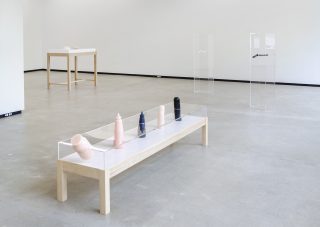 Francis McWhannell (b. 1985, Aotearoa New Zealand) is a writer and exhibition-maker based in Tāmaki Makaurau Auckland. He is Curatorial Adviser for the dealer gallery Visions, and Curator of the Fletcher Trust Collection, a major private collection of Aotearoa art founded in 1962.